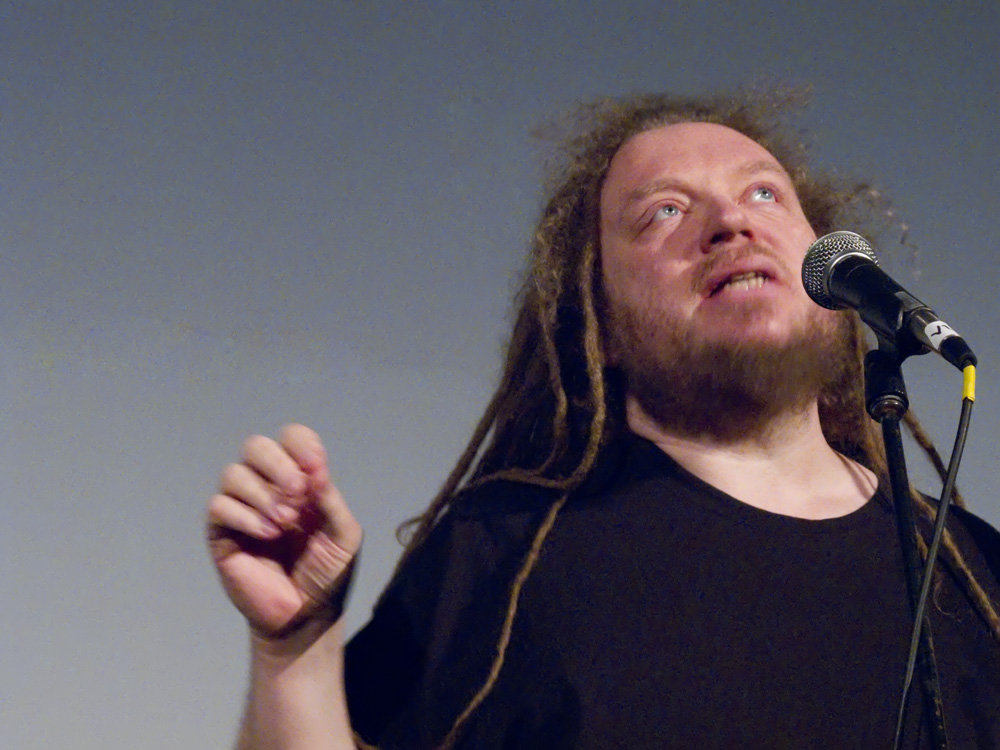 Jaron Lanier, a pioneer of virtual reality, and all around techno visionary was once someone I considered worth listening to. He recently published a new book called “Who Owns the Future?” and granted Salon an interview to discuss his views on how technology is destroying the middle class.

I have not read the book, and based on the article, have no intention to. Honestly I think Jaron is a straight up genius, and it very well could be that my simple brain can’t grok the points he’s trying to make, but his arguments and conclusions from the article are so far-fetched as to be moronic. I’m genuinely confused by how a guy as smart as Jaron can get things so obviously wrong.

I had lots of objections to his points but one in particular stood out to me – The comparison of Kodak to Instagram. In the prelude to his book he writes:

>“At the height of its power, the photography company Kodak employed more than 140,000 people and was worth $28 billion. They even invented the first digital camera. But today Kodak is bankrupt, and the new face of digital photography has become Instagram. When Instagram was sold to Facebook for a billion dollars in 2012, it employed only 13 people. Where did all those jobs disappear? And what happened to the wealth that all those middle-class jobs created?”

This comparison is wrong headed in so many ways it’s difficult to know where to start. Kodak made cameras, and film, and printers, and chemicals, etc. etc. They were, and are still, a manufacturer. Instagram is a social network for sharing photos. Kodak was never the “face” of digital photography, merely a producer of digital cameras. Instagram in no way replaced or displaced Kodak.

The obvious answer to the question of where those jobs and wealth went is contained in a trivial examination of Instagram. Why does Instagram even exist? Camera phones. Camera phones, along with a bunch of other factors killed Kodak. Not Instagram. And lots and lots of people work to make those phones.

He continues in the interview:

>Right. Well, I think what’s been happening is a shift from the formal to the informal economy for most people. So that’s to say if you use Instagram to show pictures to your friends and relatives, or whatever service it is, there are a couple of things that are still the same as they were in the times of Kodak. One is that the number of people who are contributing to the system to make it viable is probably the same. Instagram wouldn’t work if there weren’t many millions of people using it. And furthermore, many people kind of have to use social networks for them to be functional besides being valuable. People have to, there’s a constant tending that’s done on a volunteer basis so that people can find each other and whatnot.

>So there’s still a lot of human effort, but the difference is that whereas before when people made contributions to the system that they used, they received formal benefits, which means not only salary but pensions and certain kinds of social safety nets. Now, instead, they receive benefits on an informal basis. And what an informal economy is like is the economy in a developing country slum. It’s reputation, it’s barter, it’s that kind of stuff.

If you’re going to compare the past to today in terms of technology and photography, at least attempt to compare similar things. If you want a counterpoint to the contributions of people posting on instagram, the closest possible comparison in pre-digital times is showing slides of your vacation to your friends when they come over for drinks. Or having pictures of your kids in your wallet that you show your buddies at work…. you know, sharing. How much money did people make off of that before technology ruined everything? Oh, right.

If you want to argue about the destruction of the middle class, there’s certainly an argument to be made, but it’s about the movement of manufacturing away from the US to cheaper labor markets, the steady erosion of labor laws, and tax law that repressively transfers wealth to the already rich. The care and feeding of a healthy middle class is not an enigma politically speaking. The real danger to the middle class is the constant pressure of corruption on a political system that’s ill equipped to fight it.

Okay, all that being said, I just have one more dig on Jaron:

>I was in a cafe this morning where I heard some stuff I was interested in, and nobody could figure out. It was Spotify or one of these … so they knew what stream they were getting, but they didn’t know what music it was. Then it changed to other music, and they didn’t know what that was. And I tried to use one of the services that determines what music you’re listening to, but it was a noisy place and that didn’t work. So what’s supposed to be an open information system serves to obscure the source of the musician. It serves as a closed information system. It actually loses the information.

I’m sort of at a loss for words here. What does Jaron want? Had he been listening to the music on his own device, it would have displayed the artist right on his screen. Had the cafe staff cared enough, they easily could have just checked the computer or device playing the music, it does keep a record of tracks played. They just obviously didn’t care about it as much as Jaron. So because Jaron can’t make Shazam work properly, somehow Spotify is serving as a closed information system? As opposed to what? Live performances?

I’ll leave it there, but the whole article is just full of weird tortured reasoning. What happened to Jaron Lanier?