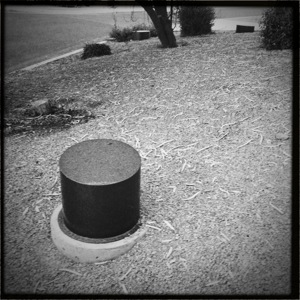 Ron Johnson recently left Apple retail to take over the CEO role for J.C. Penny and penned a short article on whether or not he can take the Apple experience over to other retail environments. He included some examples that he feels any retailer can do.

It’s been a long time since I worked at an Apple Store, but some of Johnson’s examples were certainly not true when I worked for them. Given that I hate this kind of corporate mythology building, I’d like to address a few points. Keep in mind that I haven’t worked for Apple for over 7 years now, so this could have all changed.

There are lots of components to that experience, but maybe the most important — and this is something that can translate to any retailer — is that the staff isn’t focused on selling stuff, it’s focused on building relationships and trying to make people’s lives better.

This was definitely true for probably the first 2 years (or so) the stores were open. At around mid year 2, sales performance was tracked for every associate and was routinely used as a metric for performance raises and promotions. Sales numbers were monitored throughout the day, and you were pressured to make a certain number of sales every day. Sales information was shared across all stores, and managers were very competitive about beating other stores in sales volume. For almost my entire tenure at Apple Retail, they were extremely sales oriented and building relationships was something that people had to be reminded about. This was true for every store I worked in. It was deeply a part of the management culture.

The staff is exceptionally well trained, and they’re not on commission, so it makes no difference to them if they sell you an expensive new computer or help you make your old one run better so you’re happy with it.

While there was no commission, the “no difference” bit is not true at all. There was tremendous pressure to sell, and support was dumped off as often as possible to pursue customers who were buying new machines. Top sales people aggressively sought out new customers and avoided anyone who might take a long time, or were returning to ask additional questions on purchases they’d already made.

Their job is to figure out what you need and help you get it, even if it’s a product Apple doesn’t carry. Compare that with other retailers where the emphasis is on cross-selling and upselling and, basically, encouraging customers to buy more, even if they don’t want or need it.

This is the comment that got me to write this little post because this was the thing that pissed me off most while working for apple. First off, Applecare was pushed aggressively and sales staff were rewarded for having high attach rates. But you can make an argument about why it was good for customers to have. But during my time there was also a massive push to attach .mac accounts on people, even on people who had no use for it and didn’t understand what it did. Everyone working in the store knew what a crappy service .mac was, and no one wanted to even try selling it, but it was another stick to be used against us in performance reviews. Attach rates in general were certainly tracked on all sales from printers to monitors, and it was always the more the better.

It’s not easy, of course. People forget that the Apple Store encountered some bumps along the way. No one came to the Genius Bar during the first years. We even had Evian water in refrigerators for customers to try to get them to sit down and spend time at the bar. But we stuck with it because we knew that face-to-face support was the very best way to help customers.

This one confused the hell out of me. No one came into the stores let alone the genius bar over the first few years because no one knew we were there. In the beginning Apple wouldn’t advertise individual stores, so if you weren’t in a flagship location you weren’t getting traffic. We complained about this. A lot.

In addition to that Apple was still confused about whether to send people to the call centers, the authorized service providers, the consultants network or to the genius bar. At first the call centers refused to send people to the Apple stores because they didn’t know or trust the geniuses. The genius bars didn’t struggle because of customers, it struggled because Apple has always sucked at managing and running the service side of the business and the bars were no different.

These days the stores are nothing like what I remember. They’re constantly packed with people and honestly I hate shopping in them. Seeing the constant chaos around the genius bar makes me wonder how the current crop of geniuses aren’t constantly popping quaaludes to get through the day.