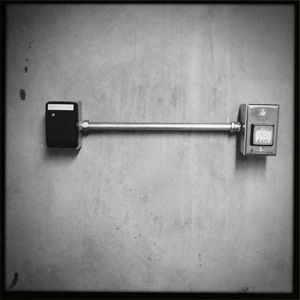 I’m sure everyone who uses Netflix is already painfully aware of Netflix’s price change debacle and the ensuing shitstorm of media coverage. They didn’t explain the price changes to customers, and didn’t give customers very long to decide on how they’d like to react.

But two days ago, CEO Reed Hastings took some ownership and decided to set things right with this blog post and this video.

Both are insincere and far from transparent about why Netflix is actually making its changes. Saying “we think the businesses are going in different ways, so we needed to separate them” is the same thing as saying nothing at all. The core question of “Why the hell is Netflix doing this?” remains completely unanswered.

So we all get to speculate, and I love that game, so here’s my speculation.

If Hastings could speak his mind the real answer would go something like this:

“Our content partners are assholes, and they are effectively forcing this change. But we are completely at their mercy because we need their content to stay relevant.”

Lets break this down

DVDs: Movie and TV studios get DVD rentals. It’s an existing model that’s been around for a long time, with established players. Everyone knows the drill. Release schedules, prices, terms, all that stuff has been worked a long time ago. Netflix does the same dance that every other DVD rental outfit does and everything has natural physical limits, i.e. number of DVDs sold to the rental outfit. Netflix introduced massive disruptive change into the market, but it was change that didn’t mess up the content producers. In fact, the content producers liked it because Blockbuster and Hollywood were nearing monopoly status on rentals and had a lot of leverage to use against the content providers.

The great thing about DVDs and having a physical product is that it doesn’t matter if the content provider doesn’t like you. Copyright law in the US says you can buy those DVDs from whoever you want and rent them out. Netflix can truck right on over to Walmart and buy all the latest releases. So the content providers can’t really play favorites and starve Netflix out of business. Even if they wanted to. If it’s for sale, it’s for rent.

So the DVD business is about a nice website, distribution and operational efficiency. Netflix has already won this war. But it’s a Pyrrhic victory because Netflix has spent a ton of time and energy fighting to be the best at something customers increasingly don’t want.

So if Hastings could speak his mind about DVDs it would go something like this:

“We know there will always be a DVD rental business, but it’s a commodity market that we pretty much own. We’re so confident that our competitors are incompetent that we feel comfortable spinning off the whole brand, and letting the B team run the show. But we also know this market is only going to get smaller and smaller.”

Streaming Streaming media, to steal a phrase from Steve Jobs, is a just a bag of hurt. Content providers aren’t just partners in the value chain anymore, they’re potential (or actual) competitors. Like almost every other business in the world, the internet is removing middle men, especially if they aren’t clearly providing value. Content owners can increasingly build their own streaming infrastructure and bypass outlets like Netflix.

And there are none of the protections that exist for the sales and rental of DVDs. Content companies can license their content to whoever they want, for whatever price they want. If they want to punish Apple with high prices, and reward Amazon for playing ball, there are no obstacles in place. And since so much of the content we want to watch is produced by only a handful of major players, content providers essentially get to set the terms by which streaming video providers get to continue to exist. Hulu learned this lesson the hard way, and they’ve now more or less caved into every demand; delayed content, extremely limited time availability, a paid package that still includes ads, etc.

Netflix has no position of strength here, and the price increases are just the first of a long list of concessions that the major studios will demand of Netflix if they want to continue to exist.

I imagine Hastings would say this about streaming:

“Netflix now has two main jobs: build a reliable and available streaming infrastructure backed by a great recommendation engine and create a first class negotiation and legal team to handle the never ending licensing negotiations with our content partners”

If I was personally running Netflix I would also add to that list creating a significant lobbying presence in Washington to start tackling the nasty world of copyright law around digital content, and the very real threat of bandwidth shaping by major residential internet providers, many of whom are owned by the same companies as the content providers.

So you can see why it actually makes some sense to separate the two companies. They are both facing separate and distinct challenges that are pulling them in separate directions.

But it’s very clear where they’re placing their bets. Streaming gets the Netflix brand. Streaming gets the A-list talent. Streaming is the future, even if it’s a very uncertain one. They need the big guns to play in the cut-throat world of content licensing, and they need to segregate the DVD part of the business from the possible blowback.

But part of playing this game is lying to your customers while wearing a shit-faced grin and pretending this was all your idea. You can’t bad mouth the studios without paying for it big time in your next round at the negotiating table. 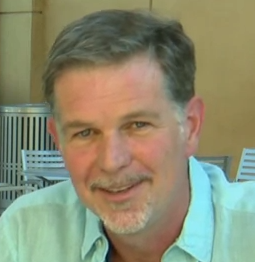 While reiterating how very very sorry he is about how poorly Netflix communicated around the price increases. This is clearly a man consumed by remorse. He actually looks like he’s on the verge of laughing for the last 3rd of the video.

While writing this post, an interesting thing occurred to me. One of the reasons that Amazon and Apple haven’t fallen into this same trap is DRM. For all intents and purposes, if you want to sell someone a book to read on the Kindle, you have to sell it through Amazon. If you want to sell a video to be watched on the iPad, you have to sell it through iTunes. If you want protection for your content and access to their customers, you’re just as locked in as the customers are.

The only way to get around that is to remove DRM and then you’re in the same place the music business is: competing with free. So if you want your cushy profit margins, you have to give some of that cut to Amazon or Apple. Netflix does not enjoy this same advantage.

Netflix is in a really bad place, and they’ve got a lot of work ahead of them. Bullshitting your customers is a terrible policy, but they will increasingly have no choice in the matter as the studios bully them into submission. I wish them luck, but I’m not sure how long I’ll keep my current streaming subscription.