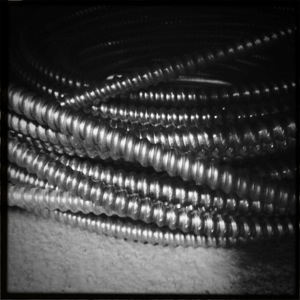 Nic recently wrote a post about productivity, and ultimately about Zen. But since he hates the common folk cluttering up his beautiful content, I thought I’d chuck a few thoughts down here because it’s something I think about too.

In Nic’s post he hit on an important fact:

This is a statement that applies to a lot of human behavior. There’s a reason for this: almost all human behavior is complex but arises out of only a handful of simple instructions. The complexity comes when our core instructions interact with an almost unlimited number of variables in our environment.

Productivity is simple, but very difficult. There are a handful of core talents for remaining productive, but applying them in every possible situation gets very difficult very fast. And we are simple monkeys.

So here’s where we come to the core of human action and decision making:

Unfortunately: * Humans are bad at monitoring, estimating, and managing all of the above. * There are and always will be more things competing for our resources than we have resources to give.

Productivity at its heart is about nothing more than deciding what actions are worth taking and then focusing our time, attention and energy on taking those actions while avoiding those things that would compete for that same time/attention/energy.

The reason there’s 10 million words out there around productivity is that we all suck at something called “executive function”. Our brains have evolved in a very different world than the one we now live in, and we’re sort of gluing all this stuff together as we go. Once you get enough things competing for your time/energy/attention, your brain won’t be able to cope anymore and then the anxiety will kick in.

There are a lot of good resources for how to tackle this, and I’ll probably put together another post about this soon. But right now where I’m currently thinking is: What kinds of actions really deserve our attention? How do our decisions about which actions to take help us feel better about our lives and what we’ve accomplished.

Nic noted that a lot of productivity resources are really veiled ADD coping strategies, and I partially agree. I think a bigger trend is that people are asking “How can I get myself to reliably do things I really don’t care about and don’t want to do?”

Most “knowledge workers” live in environments where the line between what I care about and what my boss cares about has to be constantly evaluated, where my list of actions to consider is only partially under my control, and where the signals of importance, urgency and relevance are almost always missing. This is a bad place to be, and I definitely don’t have it figured out, but I’ll share some of my reading and thinking on this in the aforementioned post.

Just a note on Musashi and letting your fighting stance be your everyday stance: I personally don’t think there’s a “correct” way. Musashi tapped into a very real brain thing which is: it’s very difficult and time consuming to overcome sub-conscious and entrenched decision making processes that happen lower down in our brain. Our “thinking” brain is very under powered, and practice pushes more and more action down into the fast hardware of the brain. Musashi is saying: build and bring what you are. Don’t try to be one thing in one context and another thing in another context because it’s untenable. That’s why everyone says “find the system that works for you”. Trying to adopt a new system of managing information that doesn’t jive with your current process is very likely doomed to failure. You can do it, but it will take a lot of work, and the system itself will become another competitor for your time/energy/attention. A thing to look for is: does this make what I’m currently doing easier, or is it asking me to do it differently. You can adopt “easier”, you’ll fight “different”.

Caring for a baby, a 2 year old and a 4 year old all at the same time provides a stark object lesson on the limitations of attention and energy.